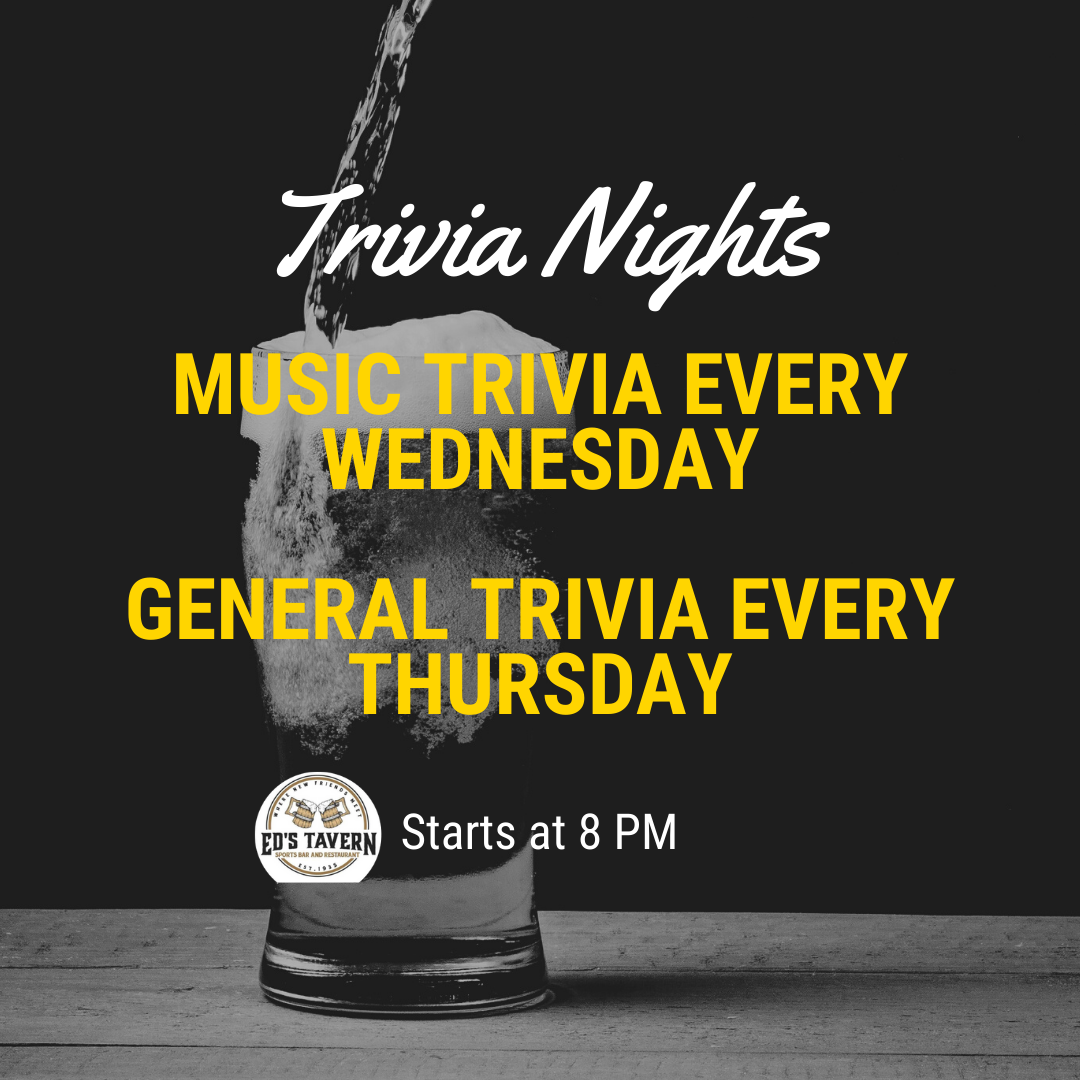 Trivia as we know it today began around the 1940s when a radio program called “Take It or Leave It” broadcast in the United States. Not soon after in 1964, “Jeopardy!” was aired on television. During the 1960s, trivia-type games swept the country. College campuses were especially enthusiastic about trivia, and in the 1970s the United Kingdom got on board, starting pub quiz games. These quiz nights were designed to encourage turn out on slower days.

Trivial Pursuit, the legendary trivia board game, was created in Montreal, Quebec, Canada in 1979. Various versions of the game have been created ever since and are still in production today.

Whether you love showing off your knowledge of random things, or you like to use trivia as an excuse to bond with friends and family, celebrate National Trivia Day with Ed’s Tavern. We host regular trivia and music trivia every week.

Visit Ed’s Tavern on a Wednesday night at 8 p.m. for music trivia hosted by Steve-O. Steve-O plays songs from a variety of generations, decades, and genres, so there’s something for everyone of all ages! Whether you’re an expert on the greatest hits or you’re more in the know when it comes to obscure tunes, come try your luck at music trivia at Ed’s Tavern. Music Trivia is free to play and winners can receive beer and gift cards worth up to $40. If you’re more interested in general trivia, stop by Ed’s on a Thursday night at 8 p.m.

Ed’s Tavern is located at 10719 Rodeo Drive in Lakewood Ranch, Florida. National Trivia Day is January 4, so plan your trip to play trivia this week!