Ed’s Tavern in Lakewood Ranch will be celebrating National Beer Day on April 7. The date celebrates the Cullen-Harrison Act prior to the end of Prohibition. The Act which went into effect on April 7, 1933 permitted the public to purchase beer containing no more than 4.05 percent alcohol by volume or 3.2 percent by weight. Prohibition would not end until December 5, 1933. 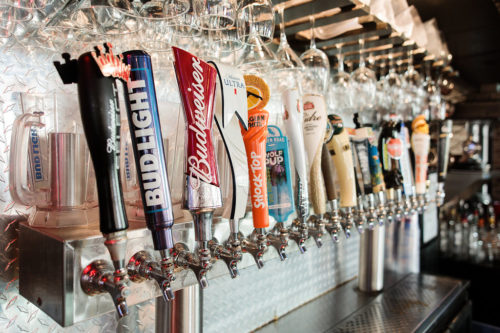 In the late 1800s there were over 4,000 breweries in the United States. After Prohibition began, there were none due to the Federal prohibition on the manufacture, transport, or sale of alcoholic beverages. It has taken nearly 80 years to recover the number of breweries lost during Prohibition. The craft beer industry has only begun to recover in the last few years. Before now, beer making had become a large corporate conglomerate with limited offerings supplied by a few major breweries.

The success of craft or micro breweries will depend greatly on consumers wanting more choices and not being content to accept mass-produced beers. We want to celebrate the freedom that came with April 17, 1933 and later that year with the end of Prohibition. At Ed’s Tavern in Lakewood Ranch, you can join us on April 7 (or any other day) and enjoy a great selection of beers from breweries including Big Top, Darwin, Goose Island, Dogfish Head, J Dubs, Cigar City, and many others. We also offer a selection of premium wines for folks who don’t prefer beer, a full menu to satisfy your hunger, and a well-stocked bar. We have all-day happy hour on Bud Select drafts, 16 oz Rolling Rock, 16 oz PBR, and flavored vodka. We also have a 4-7 happy hour with discounts on draft beers, well drinks, house wine, and call drinks.

Celebrate your freedom to enjoy beer on National Beer Day April 7, and join us at Ed’s Tavern for our celebration!