It’s almost impossible to imagine a world without chicken wings. If you stop for just a moment and realize just how abundant they are, you just might be surprised. Every bar, grocery store, and eatery serves them up in a vast range of ways, all accompanied by a wide array of sauces that range from the sweet and spicy to the tangy and cool. Oddly enough, had it not been for a slight mishap, we might not have these tasty morsels of spice. No, really. 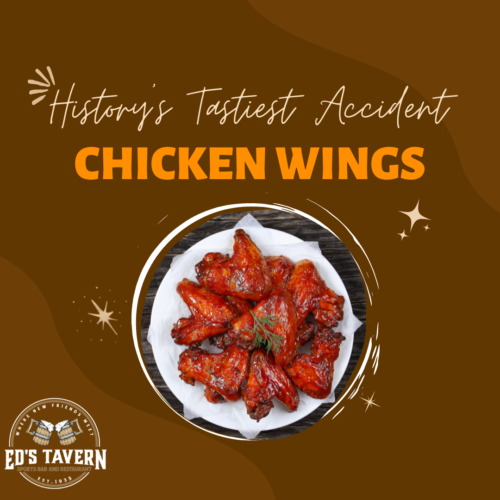 An Accident In Buffalo

The term “buffalo wings” is firmly engrained in the American vocabulary at this point. While the phrase is usually used to describe chicken wings that have a spicy sauce that coats them, they might not have ever come into the collective consciousness if not for a slight mishap. The lineage of this tasty morsel of food all dates back to the year 1964. Teresa Bellisimo, the owner of the Anchor Inn, ordered a case of chicken wings instead of chicken necks. While today the chicken neck sounds about as appetizing as a sharp stick in the eye, it was a common staple years ago to make sauces from.

While chicken necks seem as unappetizing as ever, chicken wings had a less than stellar reputation in 1964. Often discarded and not sold to the public, this part of the chicken was considered unusable. So naturally, Teresa had her work cut out for her when it came to making the food item edible and marketable to the customers that frequented her establishment. And, as many cooks had done in years prior, she improvised to unleash a new trend upon the world that’s only skyrocketed in popularity.

The Buffalo Wing as we know it today came from Teresa deep frying the wing and then attaching hot sauce and serving them alongside celery and blue cheese dressing. The wings gained further notoriety in the early 90s when Buffalo Bills quarterback Jim Kelly would bring them to Bills playoff games for good luck. While the Bills famously came up short in the big game, the popularity of the spicy poultry dish continues to grow to this day.

The Best Buffalo Wings are at Ed’s Tavern

While Buffalo Wings might have originated in the state of New York, you no longer have to take a long road trip to sample the dish. Ed’s Tavern serves up the delicious dish and has plenty of other foods from the kitchen and great beers on tap to satisfy any appetite. If you’re in Lakewood Ranch or the surrounding areas and interested in sampling our delicacies, pull up a barstool at edslakewoodranch.com,